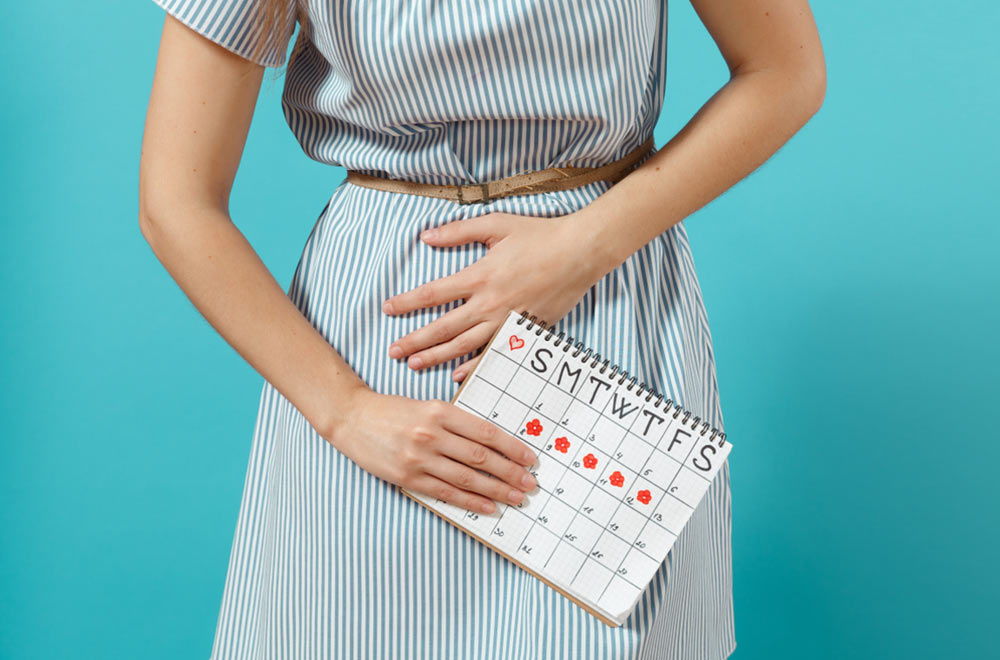 The ABC of Heavy Menstruation and Period Blood Clots

The beginning of reproductive age or puberty in females is marked by the onset of menstruation. The inner uterine lining, also known as endometrium, builds up every month to prepare for fertilization or pregnancy, under the regulation of hormones known as estrogen and progesterone. However, when fertilization is not achieved, the endometrium lining is shed and is removed from the body through the cervix and vagina. Therefore, menstruation or periods can be described as the monthly vaginal bleeding that women experience because of the shedding of the uterine lining. On average, the menstrual cycle lasts for about 25 to 35 days, out of which, menstruation occurs over a period of 3 to 7 days. The menstrual waste comprises not only blood but also tissue and vaginal secretions. As opposed to the nature of normal blood loss, period blood does not clot as it is mixed with vaginal secretions and mucus. Clotting in the endometrium actually ensures that too much blood is not lost. Period blood clots usually occur during heavy bleeding because they have a greater quantity of proteins that are disposed to coagulate blood. Period blood clots may also just maybe clumps of cells of the endometrium.

It is important to realize that period blood clots are not always alarming. These can occur occasionally, and if they are not big and frequent, there is nothing to worry about. These normal clots appear dark or bright red in colour and shouldn’t be more than a quarter in size. Adding to that, if these clots are frequent, large in size, accompanied by painful periods and heavy bleeding, it is time to take a trip to the doctor. 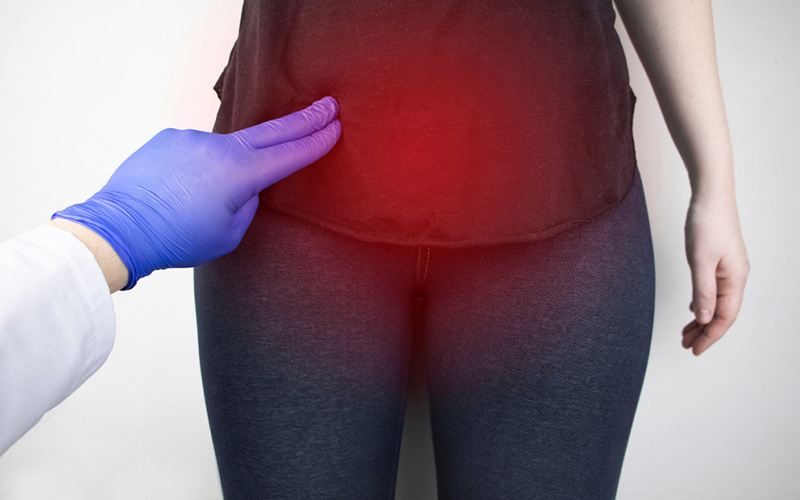 Women’s issues related to period bleeding are not uncommon. From experiencing emotional, physical, and mental exhaustion as part of the premenstrual syndrome and during menstruation, an unhealthy diet and lifestyle may become a reason for other period problems. While non-frequent menstrual clots may not be alarming, sometimes these clots are an indication of something more serious. Heavy bleeding is one of the reasons for larger blood clots. These larger blood clots need a bigger opening to pass out, which is why larger blood clots are usually accompanied by intense pain and cramps. A woman can conclude that she is, in fact, experiencing menorrhagia (heavy menstrual bleeding) when she has to change the sanitary pad every two hours or lesser and the clots are bigger than a quarter. Normally, 15 to 80 ml of blood is lost during menstruation, so anything beyond 80ml of blood is also counted towards menorrhagia. Some of the most common causes of menorrhagia and period blood clots include uterine fibroid, endometriosis, adenomyosis and hormonal imbalance (including polycystic ovary syndrome, hyperthyroidism, and menopause), amongst others. 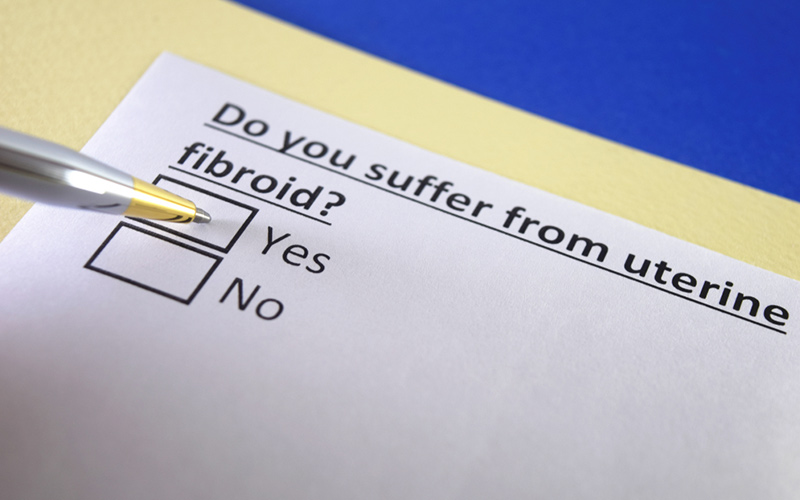 Uterine Fibroid and its types

Uterine fibroids are also known as leiomyomas and are one of the most common tumors of the genital tract, reported in women of all age groups. These are muscular, non-cancerous growth of the uterus which may go unnoticed for a long time. The risk of developing fibroid increases with age and genetic predisposition. Although the exact cause of developing fibroid is not known, a strong link has been found with varying hormone levels. Uterine fibroids may be symptomatic or asymptomatic. The latter requires no medical intervention, and only regular monitoring may be sufficient. However, women with symptomatic uterine fibroids may experience lower back pain, frequent need to urinate, constipation and several period problems. In general, there are four different types of fibroids, which is best understood once you know that the uterus has three layers. The outer, middle, and inner layers. Fibroids are classified based on their locations amongst these 3 layers and can occur in combination, as well.

The most common out of these are the intramural and sub serosal fibroids. Heavy bleeding is often observed in women who develop fibroids in the submucosal or the intramural layer of the uterus. Heavy bleeding can then lead to anemia and period blood clots, as discussed before. Uterine fibroids are often diagnosed on an ultrasound imaging of the pelvis, after which the size and quantity decides the approach towards treatment. 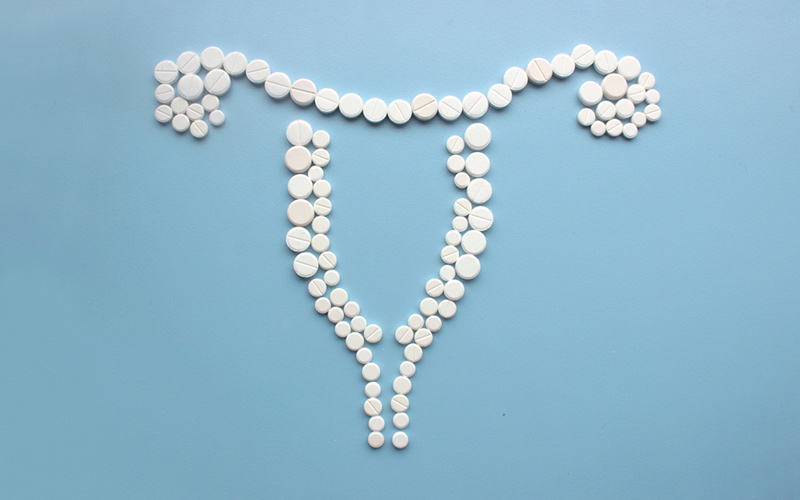 Uterine fibroids that are symptomatic and larger than 10 mm in size, may be treated surgically. In traditional gynecology, uterine fibroids causing complications are treated by hysterectomy, which is the removal of the uterus. On the other hand, myomectomy may also be performed, wherein surgical intervention removes only the fibroids in the uterus. While uterus removal may be a nightmare for women, especially those willing to conceive, myomectomy also adds to the misery with its high recurrence. The best treatment for fibroids with a high success rate is the non-surgical uterine artery embolization method, which may also be better known as 3-D precision-guided treatment. Dr Imtiaz Ahmad, an Endovascular Surgical Specialist and  Interventional Radiologist, is the pioneer of this treatment/technique and has introduced this procedure for the first time in Pakistan in November 2017.

The 3-D precision-guided treatment is an umbrella term that encompasses a handful of procedures, out of which uterine artery embolization, alone, constitutes 60-70%. The entire procedure uses real-time 3-Dimensional Fluoroscopy, which is a type of X-ray that shows live imaging in 3- Dimensions. Live imaging helps in precisely locating the fibroids. The procedure begi