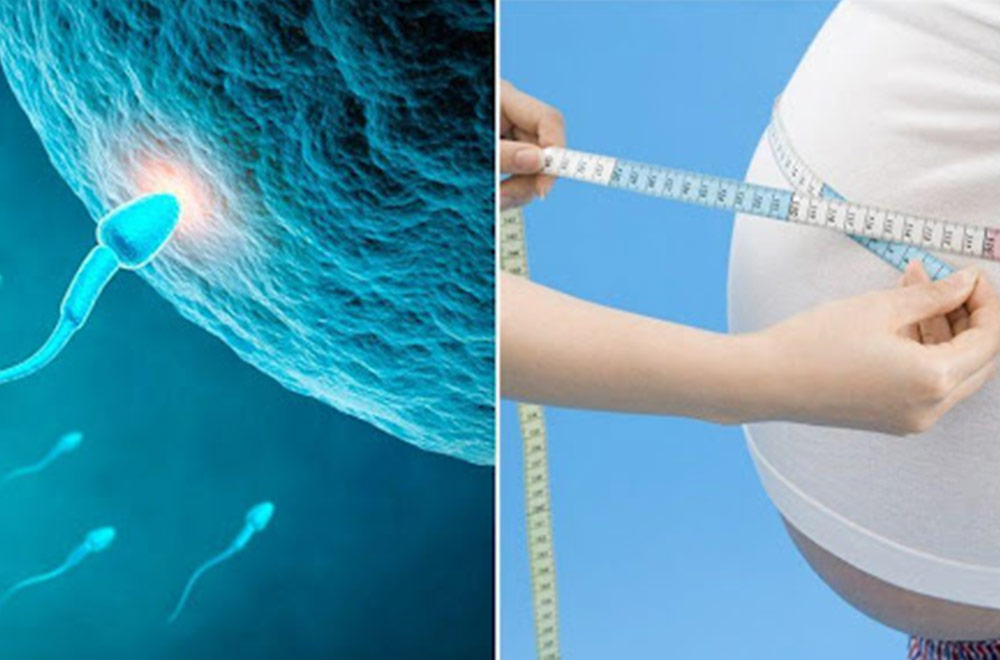 Obesity and Infertility: Are They Linked?

Obesity is caused by excess fat accumulation in the body. This is a gender-neutral disease, and more or less affects everyone the same way. While a multitude of health-related risks are associated directly with obesity, many pathologies enable gain in weight and also make it an arduous task to shed some pounds. A standard way of concluding if you’re overweight or borderline obese is to calculate your body mass index (BMI). All you need for this calculation is an accurate weight (in Kilograms) and height (in meters), however, these units can be easily converted to and from pounds, centimeters, or ft. The simple formula is to divide the weight in kilograms by the square of height in meters. The resultant BMI can then be matched with the following paradigm:

When you calculate the BMI a few times, you will realize that a few extra kilograms make a lot of difference since after reaching a certain age, the only variation between height and weight is in weight. A key point to remember here: BMI does not differentiate between body types. Your BMI may classify you as obese when you are only muscular or pregnant. Therefore, it is not the ultimate test of your body health under every circumstance but an accurate comparison index besides that.

Nevertheless, obesity has now become a pressing problem worldwide but especially in the developed regions. This imposes a burden on the healthcare system as obesity never sustains on its own. It is not how the human body is designed, and it certainly impacts the person in more than one way: all of which are severely detrimental if not considered as such in due time. Obesity without any underlying condition such as metabolic disorders is mainly caused by a long-term ignorance of a balanced diet and lack of physical activity.

However, when obesity impacts not just an individual’s mental health but also bleeds into other consequences such as reproductive health, the disease becomes ten times as serious and of concern.

Several studies have successfully drawn a link between obesity and infertility in women. Data suggest Polycystic Ovary Syndrome(PCOS) is associated with obesity, thus leading to infertility. Although the underlying mechanism of PCOS is not precisely understood, insulin resistance is often seen to be at the foothold of the syndrome. Influence of Obesity is further confirmed in nonobese women with PCOS who are not as frequently diagnosed with Insulin Resistance. Moreover, even in an otherwise normal weight female, the abdominal pattern of fat can decrease fertility. In fact, this may be more detrimental than being obese overall.

The way in which obesity affects reproductive health is predicated on metabolism. Altered follicle production and complications in embryo development are found to be associated with steroid metabolism and other adipokines(signaling molecules of metabolism). Consequently, an overall poor ovarian response in obese women causes reduced oocyte (egg) retrieval.

Moreover, even miscarriages are more common in obese women. Nevertheless, there is also some discrepancy in the data for obesity and infertility due to a variation in what is considered as the endpoint for obesity to start associating it with infertility. As a general rule of thumb, BMI and infertility are linked when the former is above 30.

Contrary to the responsibilities of a female body that produces eggs and becomes the site for fertilization and implantation, the reproductive health of men is majorly equitable to the health of their sperms. While obesity might directly impact androgen production, it may also play a role in Erectile Dysfunction, which influences the delivery of sperm. Studies have reported a prominent decrease in the levels of free testosterone in the blood in obese men. The levels of testosterone are found to be associated with impaired stimulatory and inhibitory processes.

Even though obesity is not as widely studied in men as it is in women, the association of abnormal weight with men’s infertility can not be ignored. Hence, to circumvent health issues arising from being overweight or obese, the minimally invasive bariatric embolization procedure is now available in Pakistan, conducted by the pioneer of embolization procedures Dr. Imtiaz Ahmed, who is a consultant Endovascular surgeon and an Interventional Radiologist.

Infertility in women and men who are obese can be restored once the underlying reason is addressed i.e. excess weight. Bariatric embolization is a minimally invasive alternative to the infamous bariatric surgery, which comes with a glut of side effects. On the contrary, Bariatric Embolization works on the same principle but comes under the umbrella of Interventional Radiology. This not only increases the precision of this minimally invasive endovascular procedure and makes it many fold effective but also reduces the recurrence rate and post-procedure patient noncompliance.

To delineate, Gamma block bariatric arterial embolization is performed under 3-dimensional live imaging to precisely identify the vessels leading to the fundus of the stomach. This innovative procedure was first introduced by Dr Imtiaz Ahmad in 2017 and since then has been performed successfully on hundreds of patients with excellent results to date. Microcatheters are guided under imaging to either the radial or the femoral artery, which then reaches the left gastric artery, right gastroepiploic artery and short gastric arteries supplying arterial blood to a specific area in the gastric fundus. Embolization, too, is performed under image guidance, which blocks the blood supply to the fundus; the part of the stomach ”Hunger center” that releases hunger hormone(ghrelin). Consequently, ghrelin is inhibited, reducing the feeling of hunger in the patient. As a result, the patient can focus on reducing weight through physical activity and not get distracted by his/her hunger pangs.

Weight loss through Gamma block bariatric arterial embolization has the potential to tackle the serious epidemic of obesity and infertility. If you are tired of seeing the weighing scale reading and depressed over getting repeatedly negative pregnancy tests, it is time to consider Bariatric Embolization. In Pakistan, you can consult Dr. Imtiaz Ahmad through an appointment in Karachi or Lahore. 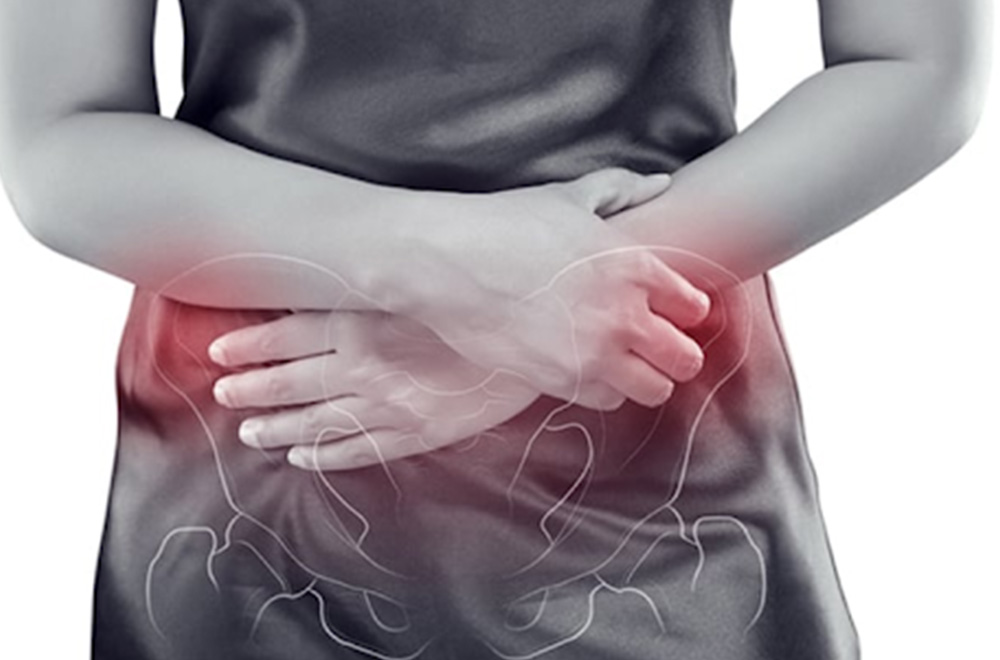 The ABC of Pelvic Congestion Syndrome

Pelvic congestion syndrome is a vascular disease that presents itself in the form of chronic pelvic pain lasting for more than three to six months. Since Pelvic Congestion Syndrome is essentially a venous syndrome, it must be the incompetency in the interconnected veins around the pelvic region that cause it. To understand the anatomy underlying Pelvic Congestion syndrome, let’s consider the nervous system in the area around the pelvis. Generally, uterine and internal Iliac veins drain the blood from the uterus and vagina. However, sometimes the fundus of the uterus is drained not into the uterine veins but into the ovarian plexus. The ovarian plexus divides into left and right wherein the former drains into the left renal vein and the right ovarian plexus drains right below the right renal vein. Eventually, these vulvoperineal veins drain into the femoral vein. When the veins in this route are damaged, it may result in inefficient drainage, also known as ‘congestion’, hence giving the syndrome its name.

Increased pressure in the pelvic veins is the primary cause of Pelvic Congestion Syndrome. Consequently, the patient will suffer at the hands of ovarian vein reflux or/and varicose veins. While ovarian reflux happens as a result of faulty valves, varicosities are more commonly seen in multiparous women or in simple words, women who have had more than one full-term pregnancy. The dilatation of veins around the pelvis plays a major role in compromising the venous drainage as it allows pooling of the blood, and increases pressure. Research suggests a 60-fold increase in the capacity of pelvic veins during pregnancy/post-pregnancy to sustain the pregnancy, however this often results in chronic pelvic pain pre and post pregnancy. Moreover, while the woman is pregnant, the veins are compressed by the belly, increasing the pressure and eventually leading to venous incompetency. Now that we have touched on the anatomy of Pelvic Congestion Syndrome, let’s delve into its symptoms, diagnosis and treatment.

It is important to understand that Pelvic