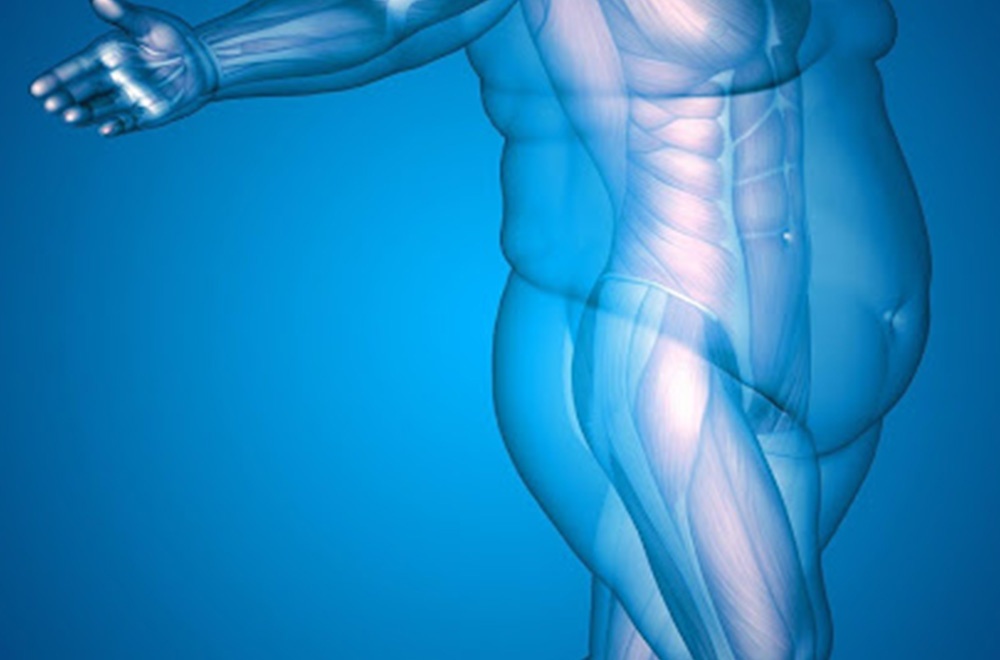 Obesity is a complex disease which is characterized by abnormal and excessive accumulation of body fat. It is a condition that is defined as having a Body Mass Index (BMI) greater than or equals to 30 kg/m2. Over the past few decades, obesity has managed to become one of the major global public health epidemics that affects both children and adults. Therefore, it isn’t any more just a cosmetic concern, as it is accompanied by excessive health risks and medical problems that makes it a major cause of morbidity and a high rate of mortality worldwide. Along with its negative psychological manifestations it either causes, exacerbates, or adversely impacts numerous medical comorbidities and has now been recognized as a risk factor for several health ailments including diabetes mellitus, liver and cardiovascular diseases, musculoskeletal disorders such as degenerative joint disease and even malignancy. It is linked with several inherited and environmental factors, combined with lifestyle choices such as diet and exercise preferences. This explains why some people amongst us face difficulty in shedding the extra fat by varying degrees.

Obesity Treatments: What are your options?

There are several obesity treatment options in the market today which include lifestyle modifications, medical interventions, and surgical procedures. Where lifestyle modifications such as controlled diet and regular exercise can help in your journey to weight loss but only by 5% to 10% in case of either overweight or obese patients with low long-term efficacy, as reported by previously undertaken obesity research around the globe. To put more emphasis on this point, there are numerous studies that have shown that patients are likely to return to their original weight in about three years’ time frame.

Bariatric pharmacotherapy options are also available, but it requires you to fit a particular criterion to be eligible for using these medications. Currently, there are 6 FDA-approved anti-obesity drugs which mostly tinker with your nervous system, resulting in either reduced appetite or enhanced satiety. Unfortunately, the weight-loss efficacy of these medications is found to lie between only 3 to7%, and that too as adjuvants to other traditional therapies.

However, for patients that are either severely obese or those experiencing obesity-related comorbidities may require more aggressive and rigorous invasive medical management such as bariatric treatment or more simply put it, weight-loss surgery. However, it has been found to be associated with a relatively high morbidity rate in addition to the hefty costs that are required to undergo these surgical procedures. Yet, even after these cons, this approach towards weight loss has limited treatment outcome. There are several types of bariatric surgery options for you to undergo, but in essence, weight loss is achieved via reduction in the consumption of food or through either poor absorption of nutrients into the blood dream. Bariatric procedures when combined with lifestyle changes can however result in significant and sustained weight loss. Different types of bariatric procedures that are most commonly used include: 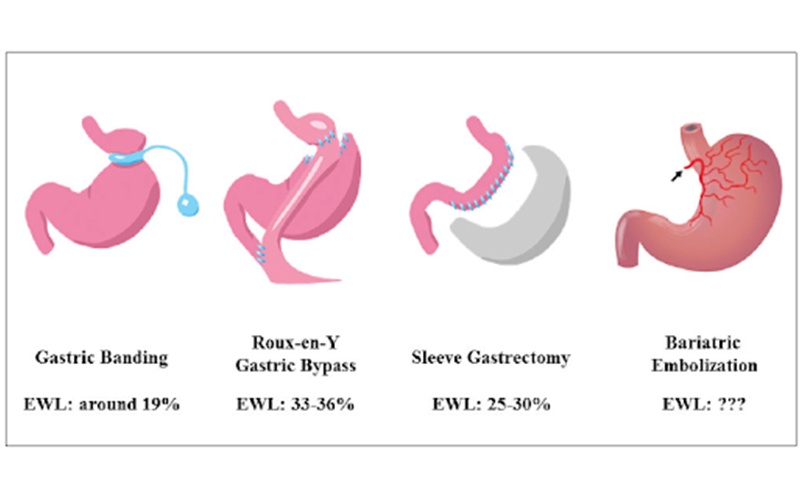 Gastric Banding – In this type of surgical intervention, a ring with an inner inflatable band around the top of your stomach is placed to create a small pouch. The gastric band makes you feel full much sooner after eating a small amount of food.

Sleeve Gastrectomy – In this procedure, the surgeon removes a major chunk of your stomach, leaving only a banana-shaped section behind therefore, this type of surgery cannot be reversed. The surgery limits the amount of food that can be consumed to a large extent that makes you feel full sooner.

Roux-en-Y surgery (Gastric Bypass) – This procedure allows your surgeon to staple the top part of the stomach which creates a small pouch, and then attach it to the middle part of the small intestine so as to reduce the intake as well as absorption of food from the gut.

Luckily, there is an alternative treatment with lower morbidity rate and cost also available, termed as Gammablock Bariatric Arterial Embolization or simply Bariatric Embolization it is a novel technique first discovered and used by Dr Imtiaz Ahmad in 2017.It is a minimally invasive trans-catheter procedure that employs the endovascular approach. It aims to induce localized ischemia in the stomach to modulate the endocrine functions related to appetite that result in weight loss. Multiple clinical trials and studies have yielded exciting results that demonstrate appetite suppression and weight loss in patients after undergoing BAE. Clinical data obtained through research have shown no major or serious adverse events after the embolization procedure apart from nausea, vomiting and superficial stomach ulceration.

If your weight loss journey has only seen the troughs, it is now time to culminate it with a non